CHAPTER 10 Past, present and future

When he was not working, Dad was always by our side. At dinner time, he often told us stories in Italian about the Emperors of Ancient Rome. He also told us stories that had happened to him when he was a child in Rome. For example, when he was playing with his friends, climbing on an old iron gate, he must have been 9 or 10, the gate fatally fell down on the little boy next to him and the boy died. We could feel Dad’s traumatic experience through the trembling of his voice. He wanted us to know that life was not easy, that it was fragile and that things could be dangerous. He also told us that we had to enjoy life the most we could, because it was short and hard.

He was working in the starting time of the European Space Agency. Back from the office, he also told us stories about the possibilities of future life on other planets, as well as the increasing role of satellites and laboratories in space, and the incredible development of new technologies for measuring weather conditions and developing communication …. At home there were big photographs of the moon, of planets, of rockets and of space shuttles. From ancient Rome to futuristic projects, the past, the present and the future seemed to be on one timeline to him. He loved to live in Paris, where he was allowed to live out his passion through his work.

There was also Dad’s story of my English grand-mother, his mother, who spoke English at home, in Italy. With the rise of fascism in Italy, before and during WWII, my grand-father was hiding British soldiers in their home downtown Rome. Whenever Dad as a little boy went out of the house, he was not allowed to speak a word of English, could never show his connection to England, and had to communicate in Italian on behalf of his mother (my grandmother playing deaf and dumb), so nobody would find out that she was British.

Dad’s father, my grand-father, was born in the United States, because his father, my Norwegian great-grand father was working in New York as a silversmith. My grand-father’s mother was Scottish, but born in Brazil. My grand-father went at a very young age to Italy to install the first telephones in the country, as a representative of the (American ) Bell Company, and he stayed there all his life, for more than 65 years. Dad’s own roots, birth and childhood until he went to university in England, were therefore in Rome.

Our grand-parents, Mum and Dad never talked about immigration, but said we were expatriates, which was somehow difficult to understand for me. I was an eight-year old child, growing up in France after having lived in Italy, speaking Norwegian at home, as well as English and Italian with family and friends. There was no questioning in me about which country I came from. Music was starting to become my own relaxing  language to express feelings, maybe because when I played music, I didn’t have to think about whom I was talking to.

In Rome, I had absolutely wanted a doll which could sing, one with a small record player inside its back. Dear Mum had looked for one and finally found one: it was called Belinda. I loved Belinda and sang with her all the time. Now in Paris, it was the time of the tape recorder. I could listen to music that I had recorded and to myself reciting poems. It was like a box full of sounds and emotions. Without knowing it at the time, I was keeping and organizing intonations and emotions in me, as well as structures of sentences.

Switching from one language to the other was like pushing the buttons of the little machine.

The tape recorder is not with me anymore, but I needed it then. And it will stay deep inside me, forever. 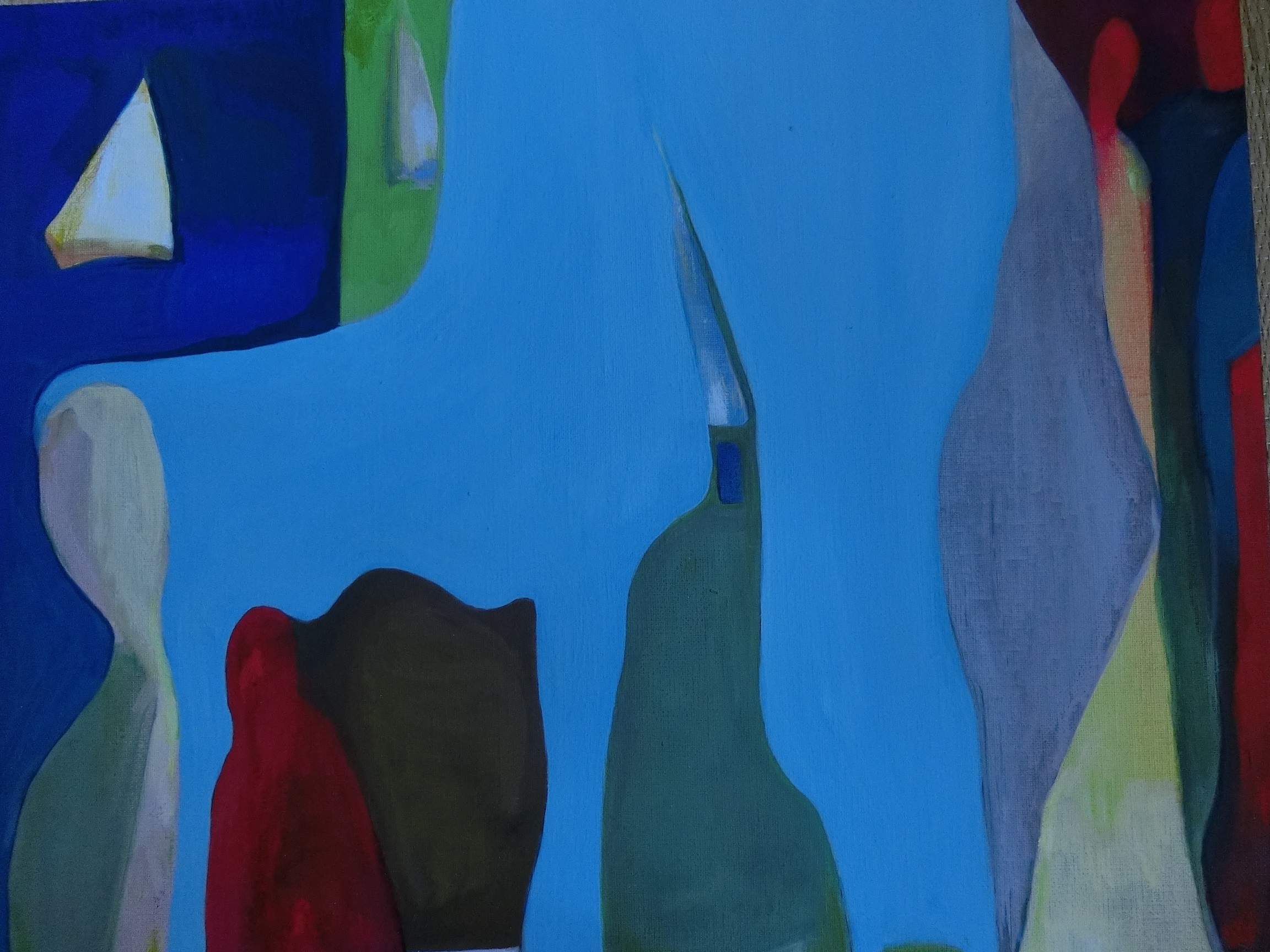 Where does the world stand and what do we dream of ? These are some thoughts that come out of the image. The painting has no title.
Painting by Bix, acrylic on canvas 35 x 44 cm.

Thank you for reading “TAPE RECORDER”.