Our 2nd house in Paris was brighter. The little kitchen on the 1st floor became my room. It had a little sink. I helped Dad paint the wall and the cupboards and was starting a new life again in this pink room. Even though this house was not as scary as the first one, I didn’t let my arms or legs hang out of the bed at night, in case somebody or something from underneath would touch them and maybe bite them off… I had thrown away a lot of things, like I always did when we moved, and had given some things to my little brother and sister who were sharing a room down the corridor. My older brother had his own room too.

I also had my own dollhouse outside, the necessary four walls around a small space which would become a place for me to experiment and to play. I didn’t have the tent anymore, but in the garden of this house there was an old washroom. This little buanderie (an old washroom with big sinks) in grey stone, with old rusty and cracked windows, which Mum was using too to put buckets and garden tools, became my next multifunctional dollhouse.

In the garden behind the washroom, there were a few trees, flowers, and a little lawn in the middle.

In front of the house was the garage. The whole house and the garage were covered with ivy, which reminded me of the vine plants growing and hanging from the iron wires in my grandfather’s vineyard. I was so happy to see ivy everywhere, so common in the suburbs of Paris, and so much linking me back to my previous life in Rome. 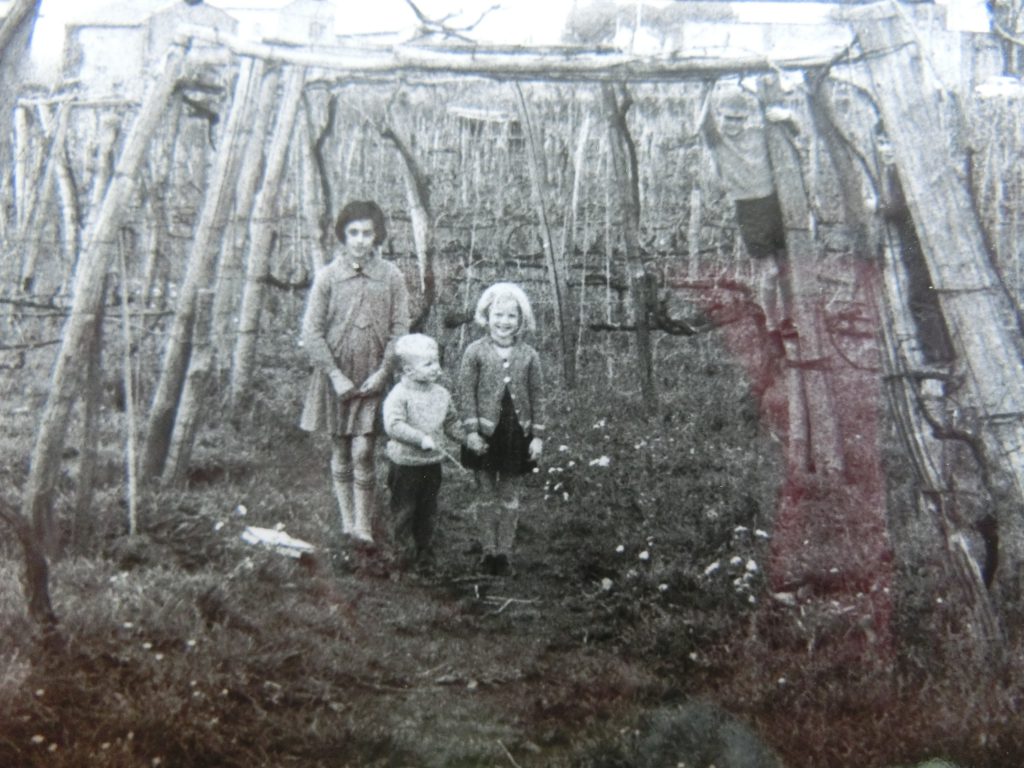 My brother, a neighbour friend and me in my grand-father’s vineyard in Rome.

My sister was 3 years old. She was going to a kindergarten, not far from our house. She always had a bag with her, filled with all kinds of things, didn’t speak much, but was laughing a lot. She was too small to play with my brothers and me, so she often stayed with Mum in the kitchen, or played with the dogs or the cats. She was wearing my old clothes or my brothers’, the ones that were too small for us.

It was autumn. Mum was driving us every day to our schools in the neighborhood. She always dropped our little sister last, in the morning, and went to fetch her first, in the afternoon.

One afternoon that I was finishing school earlier, Mum came to get me first. She then dropped me near my sister’s kindergarten and said she had to go and buy something. She asked me to go and fetch her. So I did.

A lot of children were playing in the schoolyard. They were running together, laughing and shouting.

I looked through the fence to see if I could see my little sister among them but couldn’t see her anywhere. I finally noticed her standing alone, holding her plastic bag, touching and talking to a big tree.

My heart jumped. Maybe I was feeling sad because no one was playing with her. Was she alone because she couldn’t speak French ? Was there something with her the others didn’t understand?

She went round the tree, slowly, and suddenly the bell rang. She saw me, her face lit up and she ran with a big smile on her face towards me standing at the gate. Holding hands, we walked towards the car that we had spotted on the other side of the street.

―Why were you by the tree ? I asked her carefully in Norwegian..

―The tree is my only friend, she answered in a clear voice, looking up at me, in Norwegian. 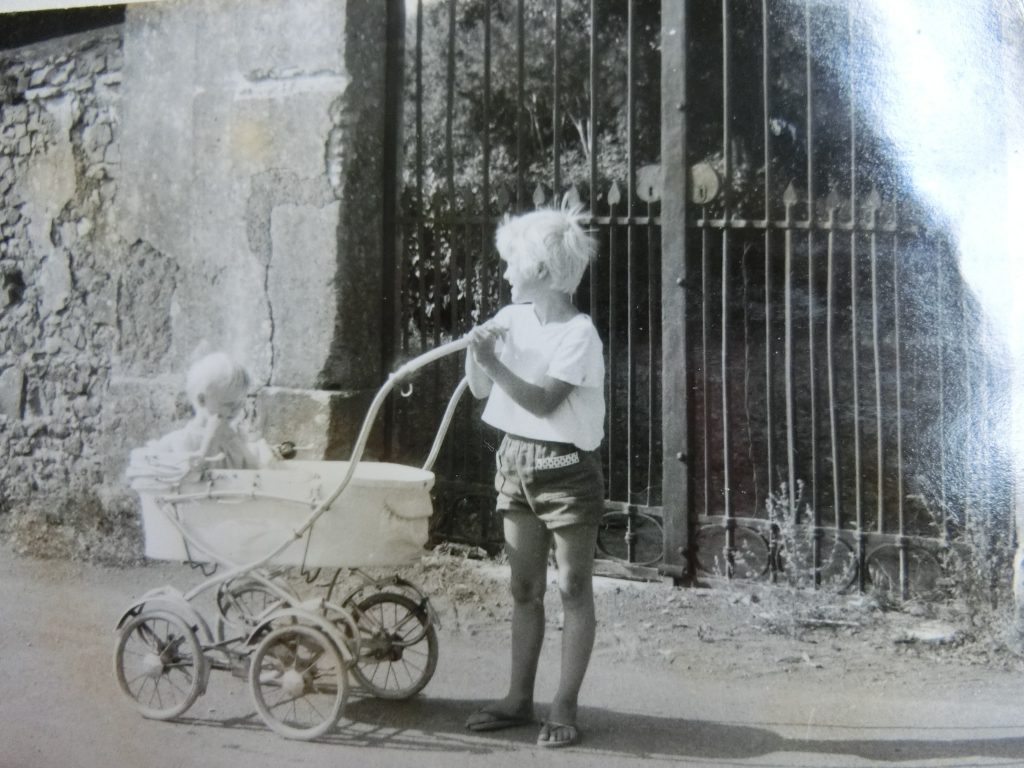 My little sister and I when she was one year old.

My two brothers and I had many friends at school, but there was one thing that we all needed sometimes, maybe my little sister too : it was to sometimes be alone, in order to build up our own worlds, probably because we had such a pressure every day to speak various languages, and to learn new ones. We needed to find ourselves again, in an activity that was only for each of us.

My older brother locked himself in the room of the new house, listening to music and reading books.

My younger brother got immersed into reading books too.

I was in my dollhouse, experimenting.

My sister was speaking to the dogs and the cats in a condensed mix of all our languages.

Maybe she couldn’t speak with the other children at school because she had not yet learned to speak Norwegian at home and had to learn French at the same time at school, with the other 3 year-olds. Children who are exposed to various languages need more time before speaking, because they have to structure them at the same time, which takes time. They are therefore slower to speak, in the beginning. This I didn’t know at that time, but found out much later. At that time, I only felt I had to protect my sister more.

In this new country, with the new language, the four of us had our own luggage of languages to carry, as well as our own way of thinking and of reacting in very different ways, according to what we experienced, each of us, and what we felt.

Sometimes language was like a bridge to make friends, and sometimes it was like big walls around us, where solitude was inevitable.