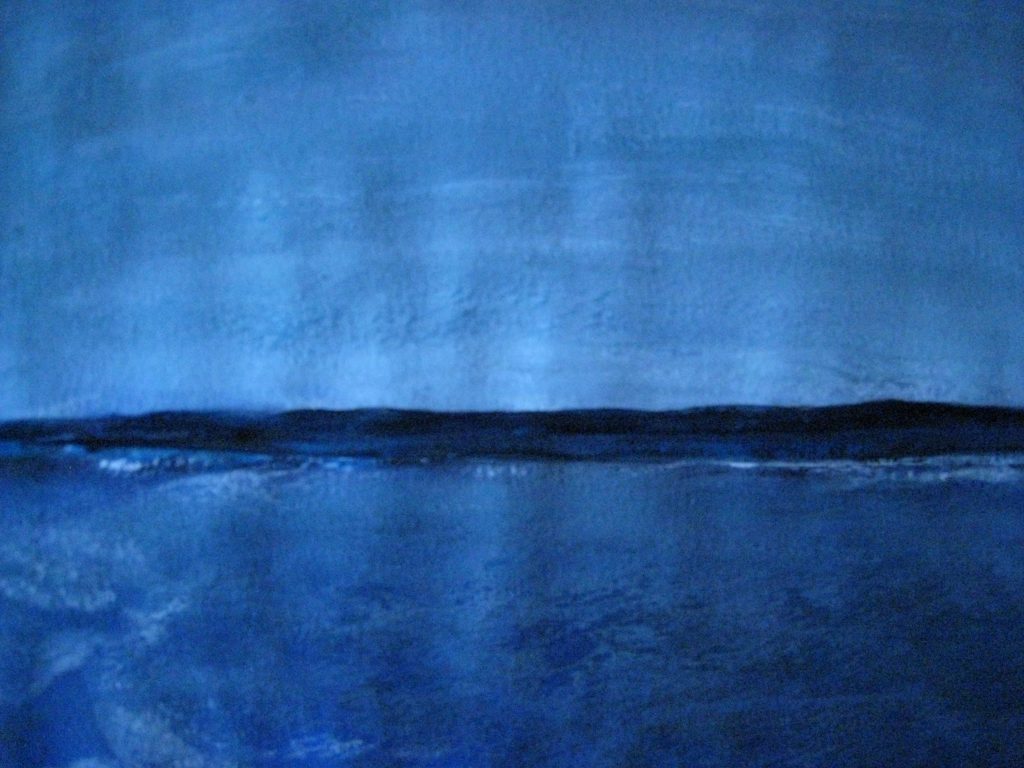 Collage and acrylic on paper 14×10 cm

When I lie down, I often fall into the black gap between the memories of my life before and the images of my life now. My body feels so heavy and I cannot do anything. One day, I feel it coming.

Might it help to draw something? Maybe I should try to represent the sea, as my friend was doing.

I start to trace a few lines with a pencil, on a piece of paper, realizing that my hand holding the pencil is the same hand that tries sometimes to play the piano in a slow inner rhythm.

I look at the pencil, at the hand, at the paper and at the grey colour of my pencil supposed to represent the blue sea. They all start flickering in front of my eyes. Too tired to continue, I put down the pencil and lie down on the blue carpet of the room.

The sky is blue, another blue than the sea.

The blue carpet under me is yet another hue.

My pencil is grey.

There is an indefinite number of lines I can choose to draw, which makes me confused.

Should I use the pencil or a blue colour pencil ? All messed up and at the same time emptier and emptier inside, asking myself more and more what to do, I become unable to move.

Stumbling into the darkness of my own emptiness, as if there was a path further into myself, a voice inside tells me to continue.

Exhausted, I fall asleep on the blue carpet.