After lunch at school, my younger brother who was in the first grade was sometimes playing with me in the big courtyard in front of the lunch hall.

One day, we were balancing on the iron bar set on a small wall around a tree.

I was showing him how to balance and he was doing the same.

He suddenly fell backwards and his head hurt the brick wall. I remember that matt sound followed by his deep and long scream. Around his head a dark red bloodstain was growing bigger and bigger.

I didn’t know what to do. My Italian friends were far away. Other children were just ignoring us.

I tried to speak French to get help. Nobody seemed to understand me.

An adult was a little near. I ran towards him and started to cry for help, but all that came out was Italian. He shrugged his shoulders, turning his back on me.

I then put my hand in the blood pool next to my brother’s head and run back to him, showed him the blood on one hand, and with the other hand, pulled him towards the little wall. He then saw my brother and understood what had happened, lifting him up in his arms. At the back of the head was a big black hole and a lot of blood was streaming out of it, falling on the ground behind as they walked towards one of the buildings. I wanted to go inside with them, but the man made a sign with his head not to enter. I couldn’t explain the situation: it was my brother, and it was because of me.

What could I do ?

I didn’t have the words.

I had to stay outside.

I then decided to pray Ave Maria so that my brother would not lose all his blood and die. As I was doing the last sign of the cross my Italian friends came towards me. They had seen the man take him away. I explained what had happened and they all hoped that he wouldn’t die and that my mother wouldn’t be too angry at me.

At the end of the day, Mum was waiting outside school, with the other parents. I saw my brother in the car. He was smiling and had a big bandage wrapped around his head. Then, Mum got really angry at me.

She was speaking hard to me, in Norwegian.

Why hadn’t I followed my brother to the infirmary ? Getting no answer she repeated the question.

This time too, no words came out

I didn’t know what to say..

I didn’t know how to explain that I hadn’t known what to say.

I realized that learning the language of this new country was essential to save the lives of my loved ones. 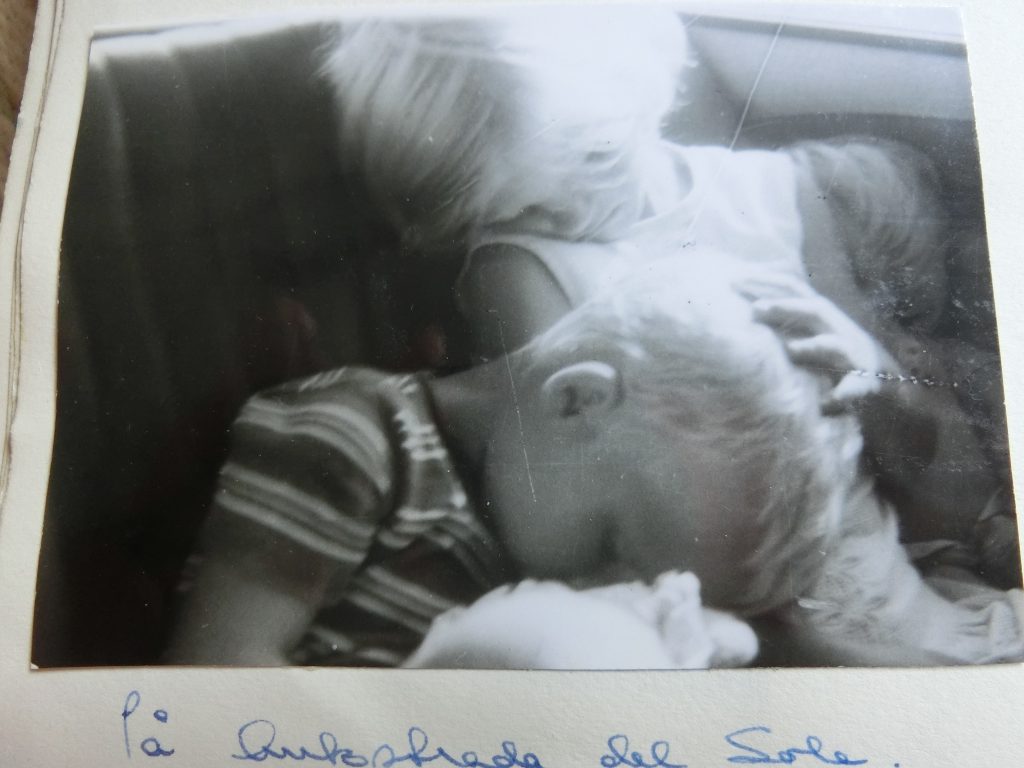 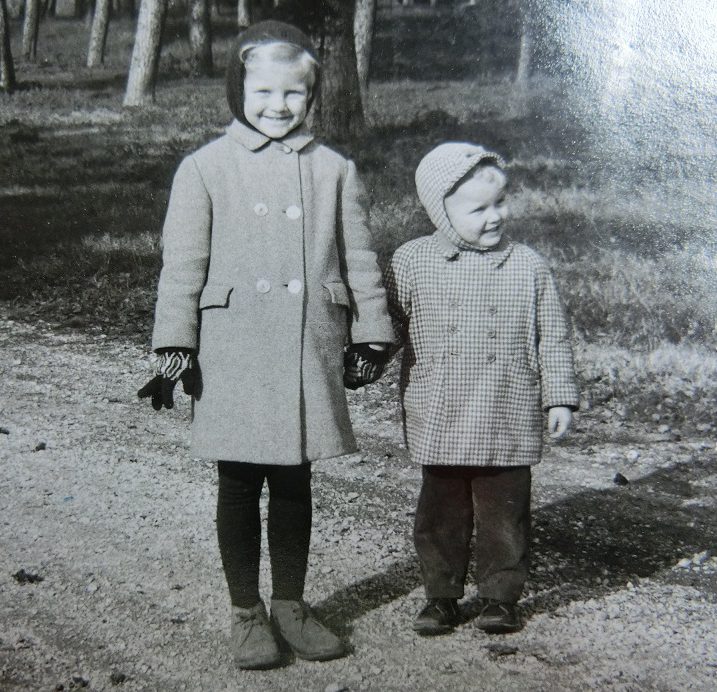 My little brother and I 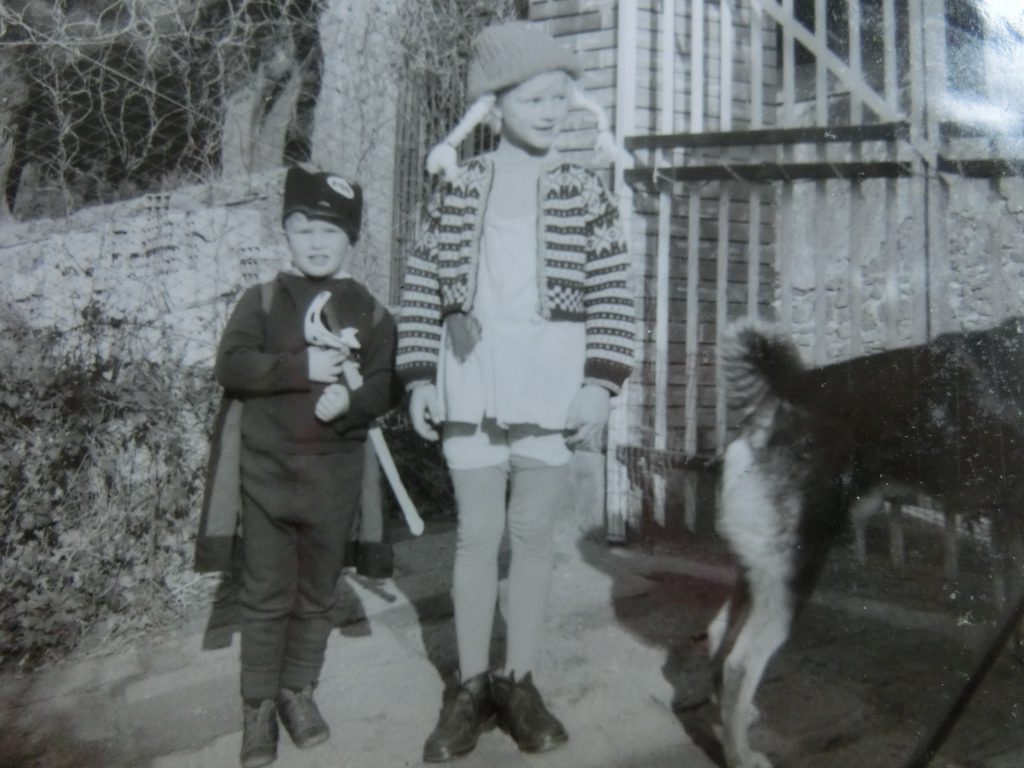 Carnival in Italy, my brother is disguised in Zorro and I am Pippi Longstocking 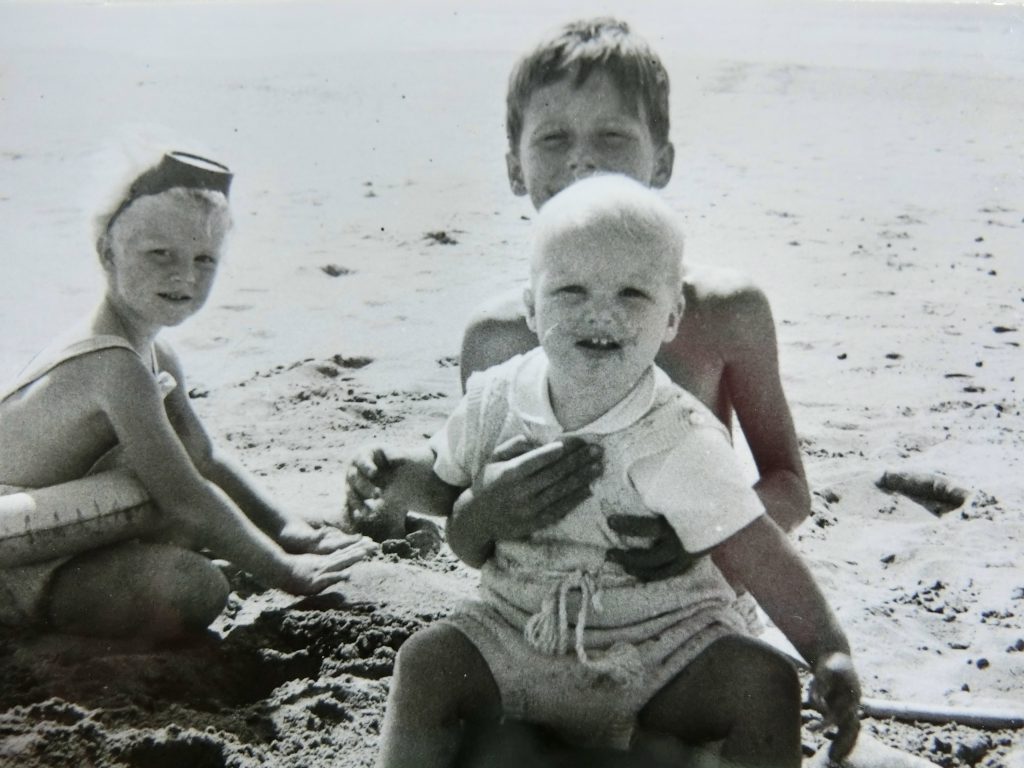 On the beach in Italy with brothers