The place I grew up in, even now I dream of it and want to go back there. I keep its beautiful image in my mind. The country where I just arrived, I had a beautiful image of it before coming. The mountains, the sea, the kind people. It is such a wonderful place, everybody says, and I think so too.

I arrived a few weeks ago and it is already Winter. Autumn was short and cold, smashing red and yellow. Now all the leaves have fallen from the trees. It snows and it is dark. People around me speak the same language that I speak at home, but I notice that it is different. The way they look at things, the rhythm, what they talk about. It is slower, and spoken from another viewpoint. They speak about where they come from, small or big cities by the sea or in the mountains, what they do and what they like. When I tell them something, they seem to understand but not why I say it. What they say means something else to me and what I say means maybe something else to them. Their image and my image of a word seem different.

They have a lot of silences in between the sentences, which I am not used to. There are few jokes.

Little by little, I discover that my world and their world are different, through the same words we say.

I tell them that I grew up in another country, but I belong to this one too. They look at me strangely and say

– I couldn’t find out where you were from.

-You have a foreign accent and name.

I start missing my friends from my previous country. I miss the things that I was doing before. I miss the laughs, the books, the sounds, the talks, the food, the rhythms and the melodies of where I was before.

Sitting on the carpet in my room with my legs crossed, I make a little altar with pictures and small things that I brought from where I was living before. I am very tired, and my body doesn’t want to move, feeling very heavy. Laying on the floor, I gaze sideways at the altar of my past. I will soon be 18 years old. Outside the window, the day is dark, the white snow dampens everything into a deep cotton-like silence.

I don’t have words to express what I feel. The light outside the window is blue. My room’s carpet is blue. I am feeling blue. It is called depression. 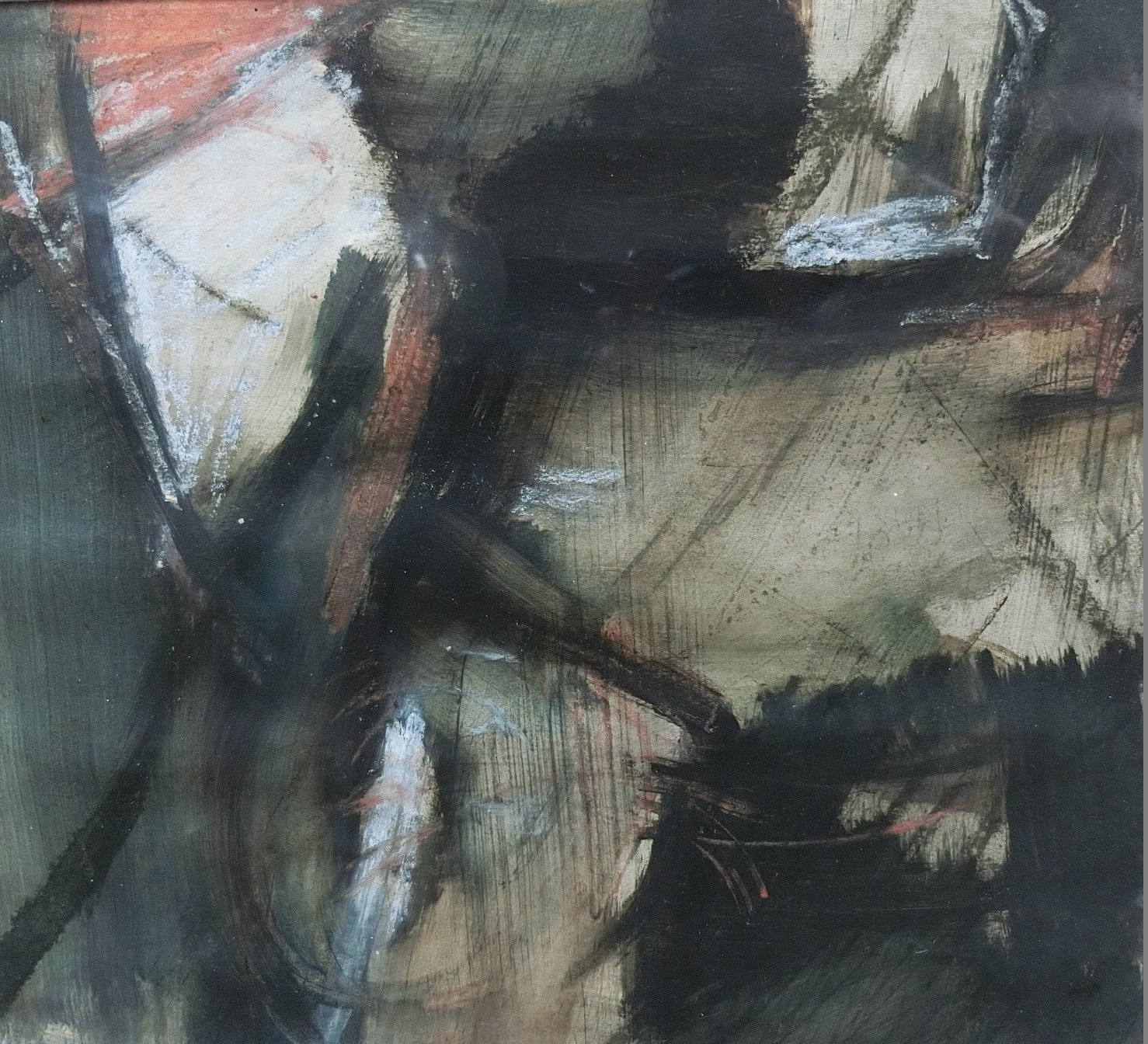 I made this painting a few years later, when I was able to start to express what I was feeling.