I am 17 years old. There is the country I am living in now, and there is another country, my country.

－You are going to live there so you can get to know it, because you are from that country. Your grand- parents and I, and therefore you too, you come from there. Your country is your roots.

－Yes of course, I answer.

Because I have never lived there and don’t know it well, I must at least discover it and get to know the people. I tell my friends that I am soon going to leave. They are sad, but know it already, because I have told them many times. We are going to discover the west coast of it together, just after we finish school. It is so cool that they want to do that with me. I feel happy. My life is going to be interesting and new.

I already speak the language of my country. It is because I have been speaking it at home all these years, since I was born. I also speak my grand-parents’ languages, my parents’ languages, my school and my friends’ languages. There are so many ways of speaking we all use everyday. The languages link me to the people around me. I love them, I hold them tight like if I was walking on a narrow suspension bridge.

Having moved many times before, I know how important they are.

After the school-end exams, I travel with my friends around in my country. We have a great time.

And when my friends go back, I am alone.

－It will be ok, I think. 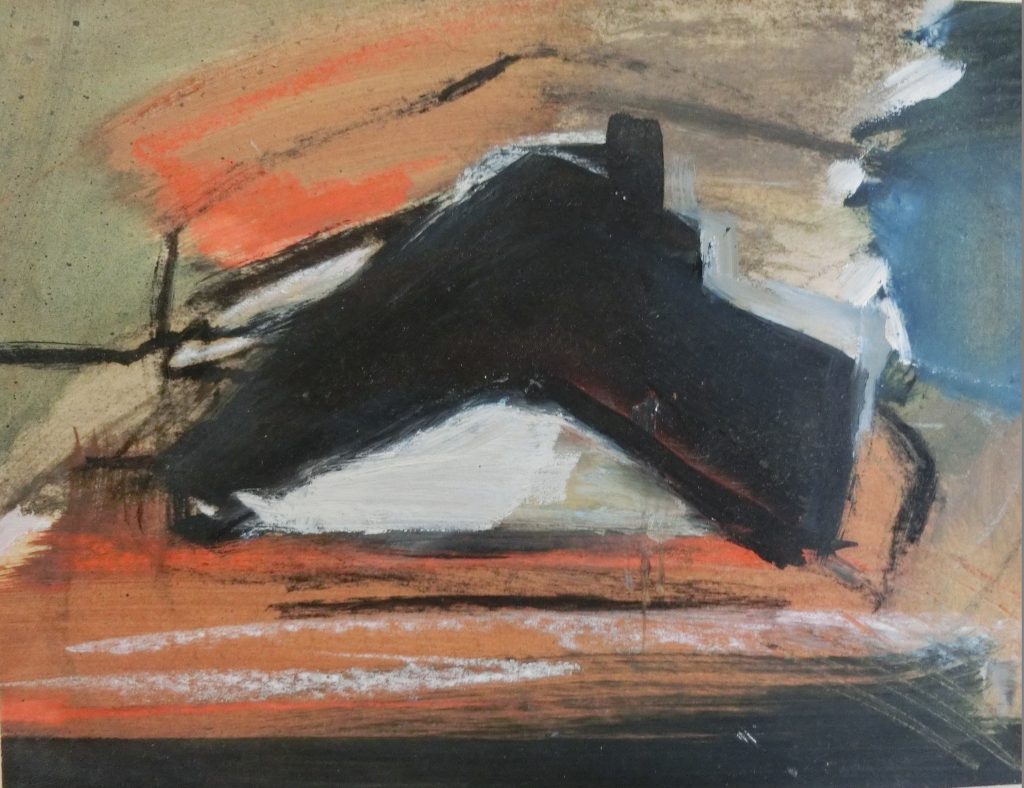 A painting I did long ago before coming to where I live in now.Oil and crayon on paper  27 x 20 cm